From Casting to the finale, Theo Dari’s performance at France’s Got Talent (“La France a un incroyable talent”), was said to be the visual highlight of season 7. 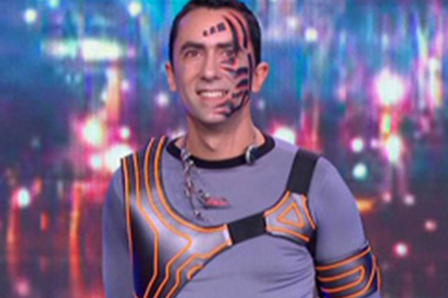 For casting, Theo Dari performed an original creation based on “Launch effect” with flying laser beams all over the audience.

At semi-final, a completely rewritten “3D Ultimate” act with a final levitation and disappearance in a huge laser wall above audience.

At final, a new act using a RYGCB 25W full Taipan Laser from Sollinger Laseranimation, and 3 green lasers, creating a pyramid effect and a storm finale.

The best moments were granted a standing ovation from audience and jury.

On tour with Arturo Brachetti

On tour with Arturo Brachetti